Home > About OE > Eat/Drink > Your Lifesaving Cuppa: What is Fair Trade?
By Pip Norvell 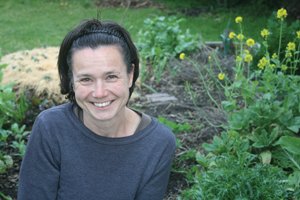 What is Fair Trade?
Fair Trade is a trading partnership, based on dialogue, transparency and respect, that seeks greater equity in international trade. It contributes to sustainable development by offering better trading conditions to, and securing the rights of, marginalised producers and workers - especially in the “developing world”. Fair Trade organisations (backed by consumers) are engaged actively in supporting producers, awareness raising and in campaigning for changes in the rules and practice of conventional international trade. Fair Trade’s strategic intent is:

Fair Trade History – New Zealand
In 1969, a Christchurch couple Vi and Richard Cottrell began importing carpets from Northern India to create an income for Tibetan refugees and Trade Aid (http://tradeaid.org.nz) was born. Over the subsequent decades, Trade Aid has successfully grown to a network of 30 shops around New Zealand selling a range of fairly-traded products from all over the world. The majority of Trade Aid consumables are now organic, adding further value to the products. Links on the Trade Aid website list cafés, restaurants, supermarkets and organic stores who are all supporting fair trade. In 2003, the Fair Trade Association of Australia and New Zealand (FTAANZ) (www.fairtrade.org.nz/FTAANZ) was established, and products bearing the Fairtrade Certification label began being sold in October 2003. FTAANZ also works with Oxfam New Zealand (www.oxfam.org.nz/index.asp) and Trade Aid to promote Fair Trade in New Zealand, culminating each year with the Fair Trade Fortnight celebration in May.

Fair Trade Growth in New Zealand and Australia
By 2007 annual retail sales of Fair Trade products reached in excess of AU$12 million a year, and in New Zealand alone quarterly retail sales will top NZ$1 million for the first time. All this amounts to more than AU$25 million in total retail sales in Australia and New Zealand since the first Fair Trade certified and labelled product was launched in September 2003. This remarkable growth is reflected in a global Fair Trade trend with worldwide annual sales increasing by 40% to 1.6 billion Euros (AU$2.5 billion), benefiting over 1.4 million producers and workers.

Terminology and Certifications
The term Fair Trade is used by organisations that have fair trade as the core concept of the all the work they do and if they sell products they sell exclusively Fair Trade products (usually handicrafts). The International Fair Trade Association (IFAT) (www.ifat.org/), is the global network of Fair Trade Organisations (FTOs) comprising 270 organisations in 60 countries. Its membership is growing. The FTO mark (above) is not designed as a label to appear on handicrafts or other products, but a mark to identify FTOs. FTOs that are accredited by IFAT in New Zealand are Trade Aid and the Fair Trade Association (FAANZ); in Australia there is also Oxfam.

The Fairtrade Label
The Fairtrade certification label (www.fairtrade.net) is an independent consumer certification label which appears on products (usually commodities) as an independent guarantee that disadvantaged producers in the developing world are getting a better deal for that product. As a result of Fair Trade, these producers receive a Fair Trade minimum price that covers the cost of sustainable production as well as an extra Fair Trade premium that is invested in social or economic development projects in their respective communities.

For a product to display the Fairtrade certification label it must meet international Fair Trade standards. Non-FTOs can and do have Fair Trade certified products. It is estimated that around 65% of all Fair Trade consumables are sold with the Fairtrade Label. In the case of coffee, the packaging may say Fair Trade without the above label; some just sell it as conventional coffee. There may also be others using certifications such as UTZ or Rainforest Alliance and calling it Fair Trade, which it isn’t by IFAT standards, but each system has merits ethically and environmentally. For the definition of Fair Trade see also: (http://en.wikipedia.org/wiki/FINE).

Editor’s Note: In an era when Peak Oil has become a reality, when increased fuel prices are impacting on international food prices, when food miles has become a major consumer issue on the supermarket shelves, and when growing and buying locally has become the clarion call of sustainability advocates (including ourselves) it seems odd to be touting trade with far-off countries. But that is the thrust of the Fair Trade Movement. Is there a contradiction there?

Not really! Unless we are collectively willing to abandon our addictions to chocolate, sugar, coffee and all of the other modern and tasteful pleasantries we import from far-off markets. Furthermore, as an Organic Explorer member has pointed out:
“If we view our sustainability efforts as something that stops at the New Zealand borders then we are not being planetary citizens. If we view our efforts as a way to save the planet then we must include the global community. What does this mean?
To be sustainable means we, as businesses need to use practices that:
How do we save our planet if we are unable to look beyond our own borders?”

This encapsulates the reasons why we should promote the Fair Trade Movement. By supporting Fair Trade practices we help to sustain impoverished communities overseas. We assist them in achieving economic, social, cultural and political independence and sustainability perhaps more than donating to world aid charities, since Trade Aid is grounded on principles of grass-root independence. We might also note that Fair Trade producers leave perhaps the lowest carbon footprint on the planet. Their food is almost always organic and their crafts are usually made in low energy conditions – without electricity, the use of fossil fuels or heavy machinery.

Also, it is precisely these people who are currently beginning to feel the first impact of global warming both economically and environmentally. The world’s poorest peoples, the peoples of Bengladesh, of sub-Sahara Africa, Ethiopia and other undeveloped countries are extremely vulnerable, and Trade Aid commerce provides a real and significant lifeline to their economies.