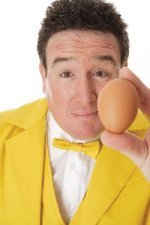 The growth in number of Farmers’ Markets in New Zealand over the last five years has been dramatic, approximately doubling in number from 20 in 2003. Why here and now?

These are straight forward questions which have numerous and often complex answers. Farmers and growers, especially small scale ones, needed to find alternate ways of getting their produce to the consumer. Traditional wholesale supply routes disappeared in the name of consolidation as retailers and wholesalers pruned the number of suppliers for ease of operation. The same consolidation has led to ‘corporate farmers’ who have grown at the expense of the traditional family business.

On the other side, consumers have developed a heightened interest and awareness in where their food comes from and how it is produced. Food miles, sustainable farming, local food systems, organics, local cuisine, regional foods, import replacement (New Zealand imports around $100m worth of fresh produce per year) all feature in conversations about Farmers’ Markets. Arguably the move by growers, farmers and consumers to embrace authentic Farmers’ Markets stems from the same point, the desire to interact directly with each other.

New Zealand does not have a strong market history, so while the current popularity in these markets is similar to that in Europe and North America it isn’t a re-kindling as it has been in those places. Farmers’ Markets here are creating a new culture of fresh food provision and shopping. Accordingly each market is driven by differing local circumstances and requirements rather than history. Some markets have clearly identified the need to preserve growers’ and farmers’ livelihoods above all else. Others have developed a stronger focus on the social occasion and the provision of speciality foods, usually made locally, but not exclusively from local ingredients. The label Farmers’ Market covers them all.

Encouragingly there are stories told at every market by primary producers who credit the market with their continued existence. In many cases they have diversified into wider ranges of crops and now farm or grow more sustainably as a result. Many have taken the step from monoculture, wholesale supplier to diversified direct marketer. 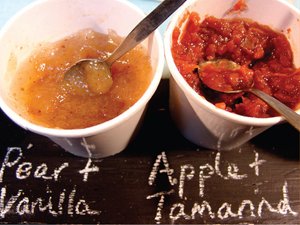 Whilst the market culture grows and develops in New Zealand there will continue to be many discussions over the roles and priorities of Farmers’ Markets. The purest and the opportunist putting their different interpretations into practice and the spectrum of all in between mean that no two markets are the same. From the winter-less Kerikeri to the most definitely wintry Invercargill there are over 40 Farmers’ Markets scattered throughout New Zealand. Each one is a reflection of the people who trade there and of the bounty that grows locally. On any given Saturday or Sunday the opportunity to buy local produce and artisan made foods is an irresistible attraction to a growing number of consumers. The down-to-earth shopping experience is partnered by an equally authentic and primal social experience that captivates thousands of visitors every weekend, exchanging money for goods, exchanging greetings.

Over a relatively small country the different growing conditions and climatic influences result in a surprising variation of fresh produce between regions and Farmers’ Markets. The winterless North is home to cherimoya, banana and other subtropical fruits. Further South the Waikato and Bay of Plenty are strongholds of asparagus, kiwifruit, avocadoes. Hawke’s Bay is the pip fruit capitol, apples and pears are grown next to berries, grapes and field crops such as corn, tomatoes and peas. Taranaki to the West is dairy heartland, fresh milk and cheese are favourites here. The South Island is home to the warmest and coldest places in the country. Marlborough’s extensive vineyards are punctuated by garlic, cherry and olive groves.

Canterbury, famous for lamb, has a healthy mix of markets from Waipara down to Geraldine. Often remote but always vibrant and wholesome the number of Canterbury markets is growing and any one is well worth a visit. Further South the staunch characters of Otago and Southland brave all weather to bring local flavours to regulars and visitors alike. The Otago Farmers’ Market, every Saturday in Dunedin is one of the biggest and busiest in the country. Further South markets at Gore and Invercargill, in their infancy, are well supported. Invercargill is famous for swedes, a long way gastronomically and geographically from the cherimoya found at Kerikeri 1900kms to the North. You’ll find asparagus and celeriac in some regions that simply don’t grow well in others. The stone fruit in central Otago is some of the finest in the country, ripened by the fierce summer sun. The winter there is just as extreme and hence the Cromwell Farmers’ Market closes for the ski season.

New Zealand is a diverse mixture of heat, cold, dry and wet weather, sometimes all on the same day in the same place. This diversity impacts on the farmed produce as well as the character and attitudes of the local people. When visiting the country’s Farmers’ Markets there is great enjoyment to be found in the discovery of wonderful food and social interaction, always delicious, fun and different from the next.

Editor’s Note: As fossil fuel stocks diminish, the inevitable increase in the price of oil provides a rare opportunity to recapture the social, cultural and community life that our false sense of prosperity has helped to foster. Food miles have become a hot political topic, and the prospect of a world Free Trade agreement diminishes daily. In this economic climate, the local has become the new horizon, as growers, consumers, performers and observers congregate at Farmers’ Markets. Here, Ian Thomas writes about Farmers Markets in New Zealand, but the movement is world-wide and gaining increasing momentum. Increasingly also, the economics of the local intersect with an awareness of the health benefits of the fresh and the organic as we rediscover the treasure of the local market.